The Rhine Tower
was dressed in blue

The Rhine Tower, the emblematic building of Düsseldorf, was dressed in blue and white with the sponsorship of ELVIAL.

This year our national holiday was not like the previous ones. The two hundred year anniversary of the Greek Revolution was celebrated all over the world with brilliance. Emblematic buildings, such as the Sydney Opera House or special landmarks, such as Niagara Falls, were illuminated in the colors of our blue and white flag. The message of freedom as a universal ideal and independence as a constant struggle inspired the whole world during the 19th century and the same continues in the 21st.

Düsseldorf is one of the important cities that participated in the celebration. The Rheinturm (Rhine tower) with a height of 240,5m. is the trademark of the city and its tallest building. For the glorious anniversary of the two centuries from the Greek revolution, a spectacular lighting was organized in collaboration with the Consul General of Greece in Düsseldorf, Mrs. Maria Papakonstantinou and the mayor of the city, Mr. Stefan Keller, and the kind sponsorship of ELVIAL.

The pioneering laser show included with the colors of the Greek flag, photorhythmic formations depicting all the symbols of the Revolution, such as the local flags of the uprising and the stamp of the Society of Friends. The message that united the spectacular images was "200 years of Greece" in German.

The event lasted three hours and according to the statements of Mrs. Papakonstantinou “This has never happened before in Düsseldorf. Both the Greeks who live here and the German Philhellenes who are many in our state were looking forward to it ".

ELVIAL, with its export activity and the multilevel extroversion in all its corporate activities, contributed to the emphasis of the presence of the Greek element in the largest market in Europe. The light show at Rheinturm was a moment where the Greek community symbolically presented its history and its international orientation. ELVIAL proudly helped the event, which was characterized by innovation, high aesthetics and Greekness. 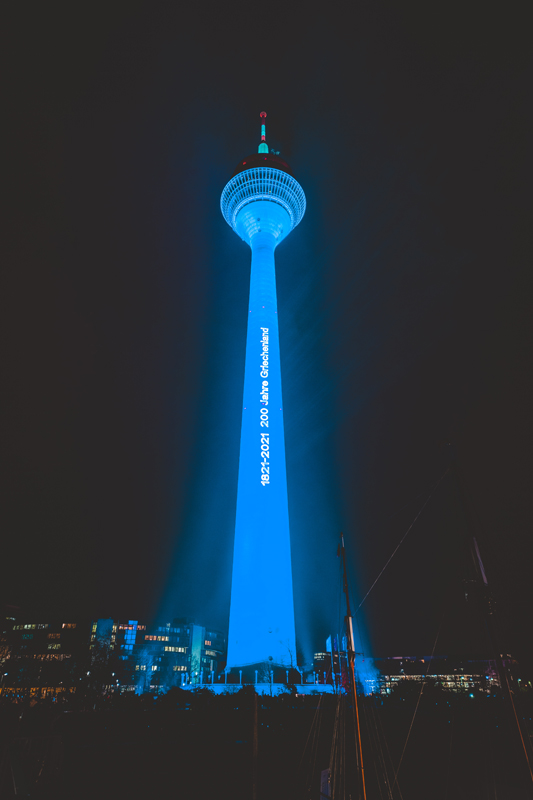 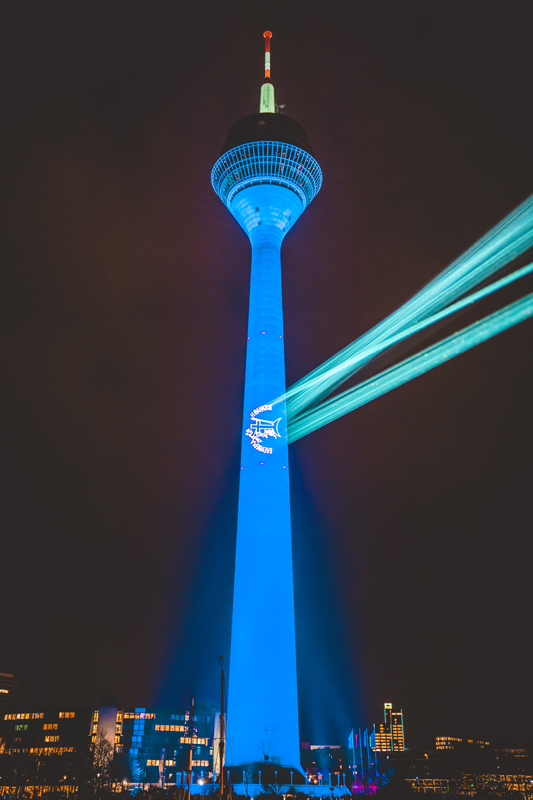 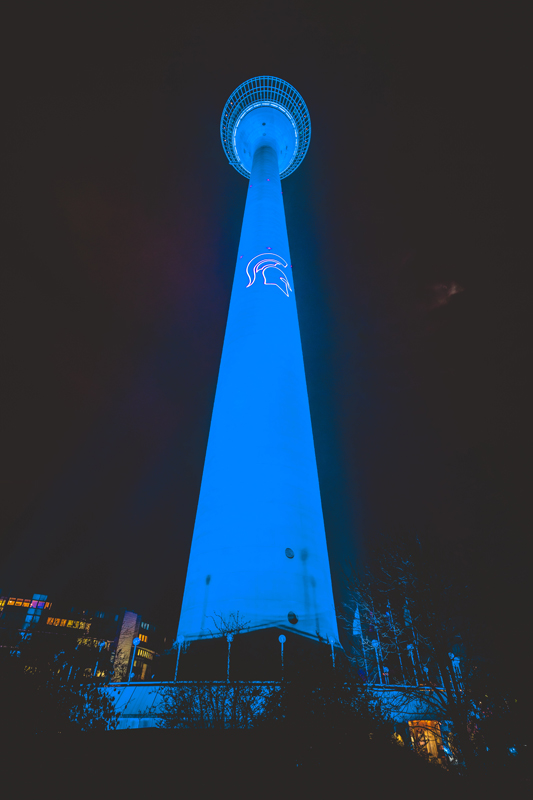